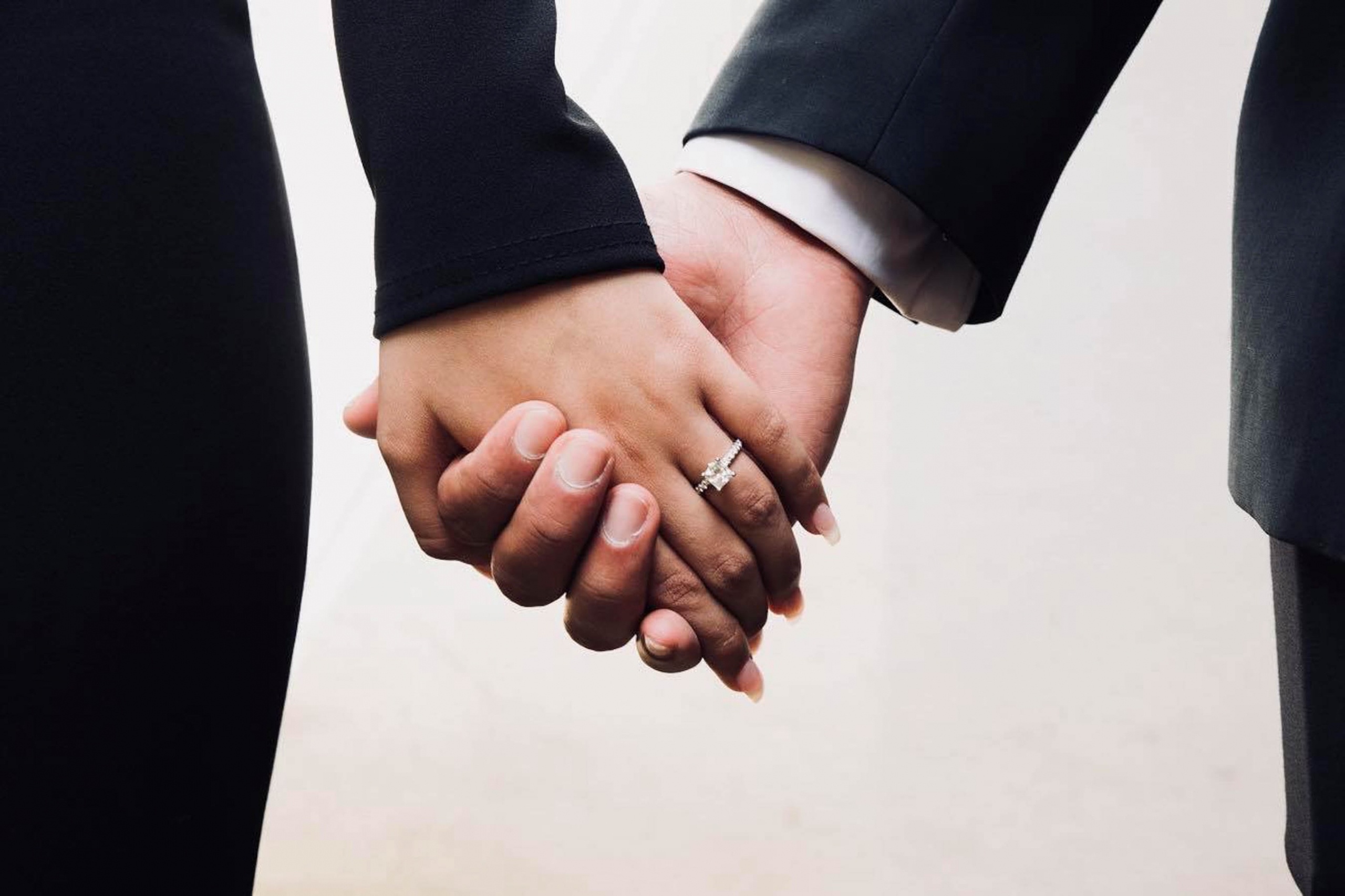 It gives me so much joy to feature bride to be, Natasha’s romantic winter proposal at Crown Towers on the blog today.

When she first approached me last year to help her out during her wedding planning journey, I was over the moon. This uber-stylish maharani bride to be is all set to tie the knot in Sydney in September 2020 and honestly now all we have to do is sit back and hold tight!

Today though, we are throwing back to August 2018, when her dashing fiancé planned a romantic winter proposal at Crown Towers Melbourne.

A huge thank you to Natasha for sharing your romantic winter proposal story with us! 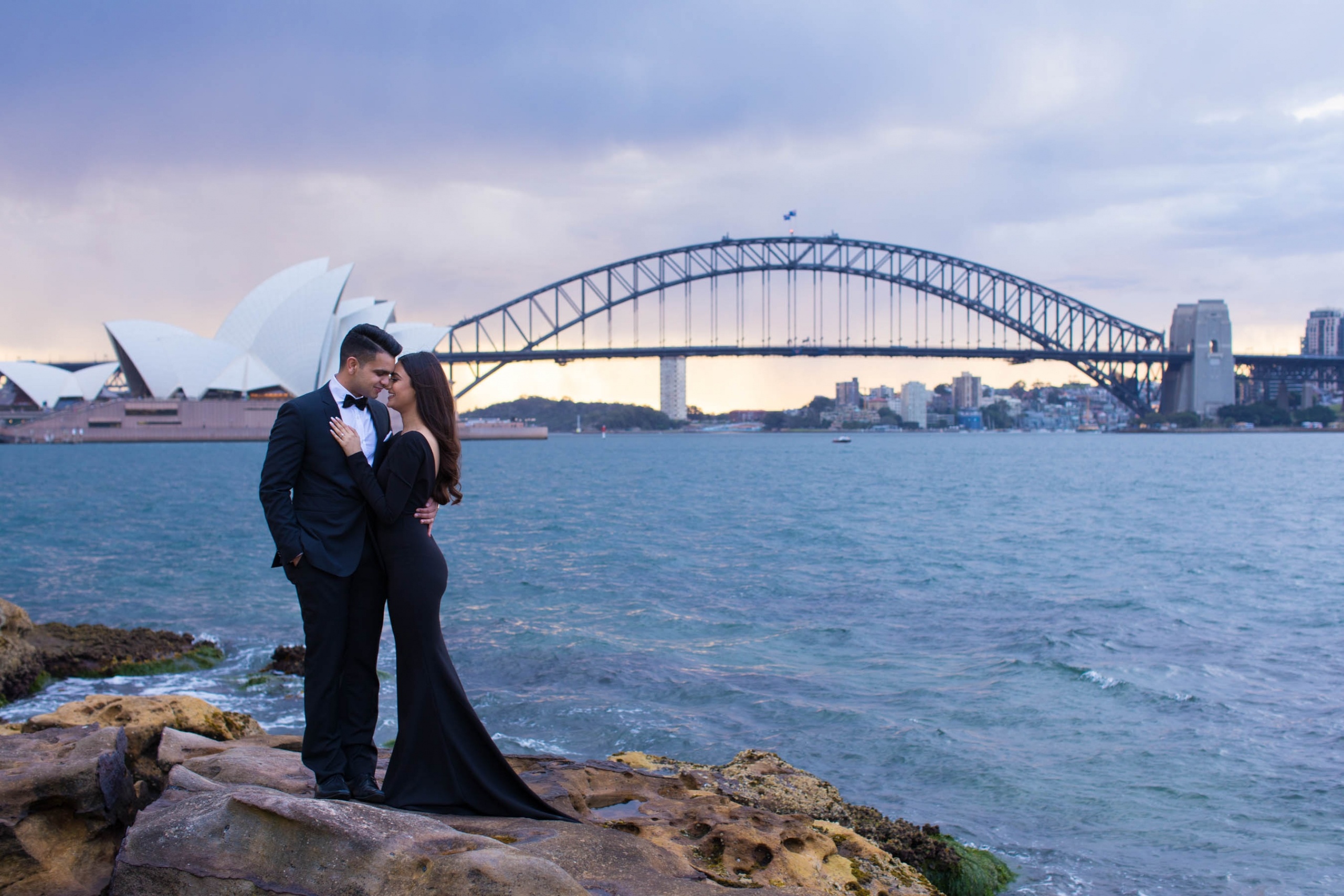 It was August 2018 and the couple were all set to celebrate their three year anniversary.

“Our anniversary was in August 2018, a milestone that personally meant a lot to me. So, Chinmay planned and organised a surprise weekend of dates. He wasn’t usually the type to plan a date-night though. That was always me!”

To Natasha’s excitement, Chinmay kept it simple by organising a classic dinner and movie date.

“We had dinner, followed by a movie. Probably my favourite thing to do together back then. On the second night we took a walk back to where one of our first date locations, and also back to the spot where we first met.

Two days into the trip, and I was already over the moon and so emotional. I had no idea where this was leading.

The next morning, I got out of bed and was expecting a brunch date. Next thing I know, I am blind folded in the car and driven straight to the airport. Chinmay pulled out a suitcase for me (luggage that my sister and parents had already prepared and placed in his car boot) and whisked me away to Melbourne for the weekend.”

Little did she know back then, that while being away on a work trip a few weeks prior to this episode, is the exact same moment when Chinmay secretly asked her parents for their blessings.

“At this point I was losing my mind. We got into a car from Melbourne airport and I found myself at the lobby of Crown Towers Melbourne. I was balling my eyes out in the lobby. It was my favourite hotel and it was our first time in Melbourne together.

Chinmay took me to the lounge at Crown Towers, which mind you was so extra. We devoured scones, before calling it a night and taking me to our hotel room. It wasn’t just any room though; it was one of the villas on the top floor!”

Chinmay booked out one of the villas at Crown Towers Melbourne and planned and executed one epic and romantic proposal for Natasha.

A Romantic Proposal at Crown Towers 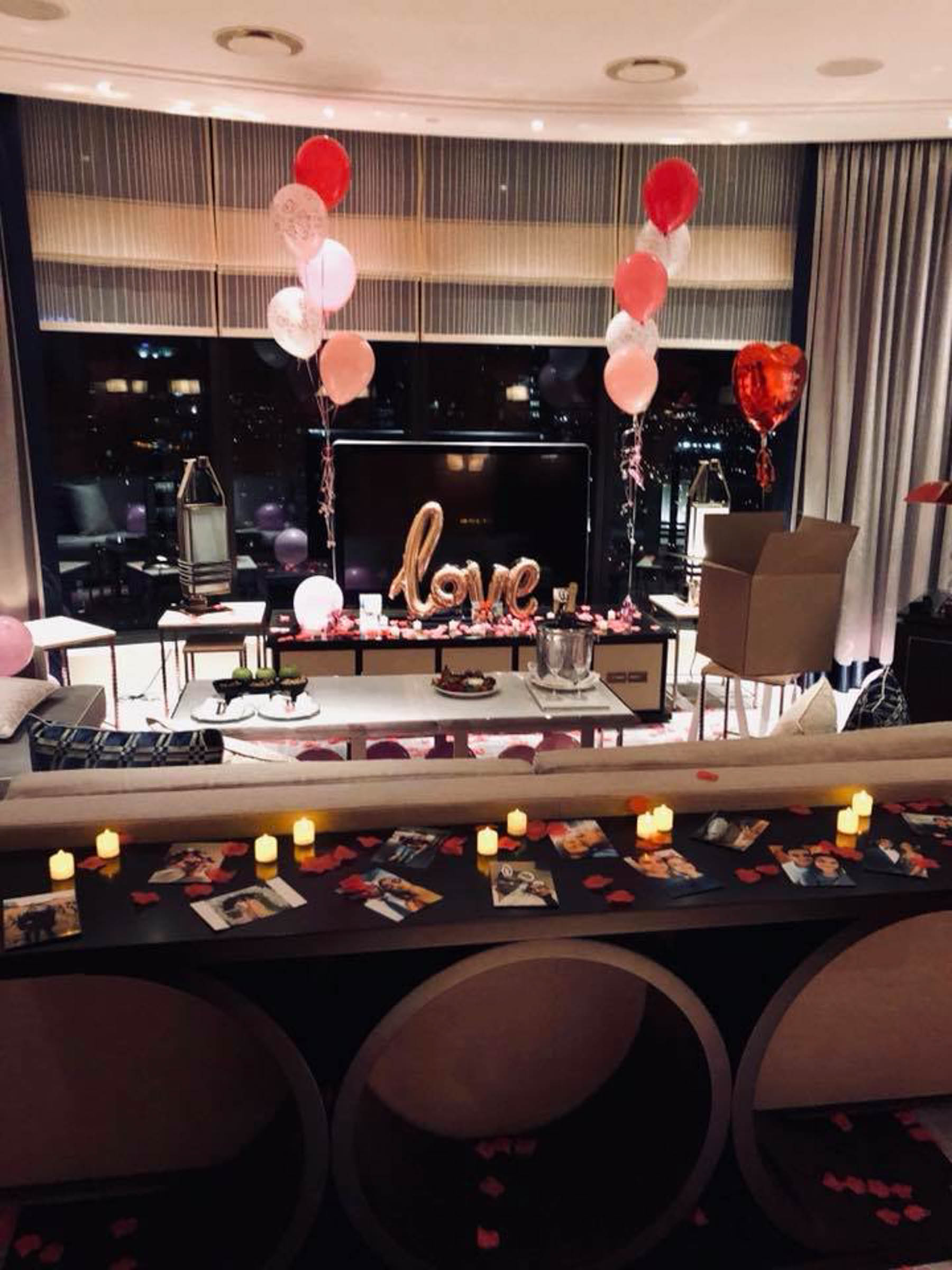 “The villa had automatic blinds, slippers by the bed, a television in the bathtub, chocolate covered strawberries, champagne and our very own personal butler. So fancy!

Chinmay booked a romantic dinner that night at one of the restaurants in the Crown, Melbourne. After dinner he told me that he wanted to change his shoes after dinner, so we walked back to the room to change.

To my surprise, the room was filled with petals candles, balloons and photos of us, everywhere.

I think I was in shock. It took me a while to even realise it. I didn’t even notice the giant cardboard sitting at the centre of the room. He asked me to open it and a heart shaped balloon popped up, with the message will you marry me.” 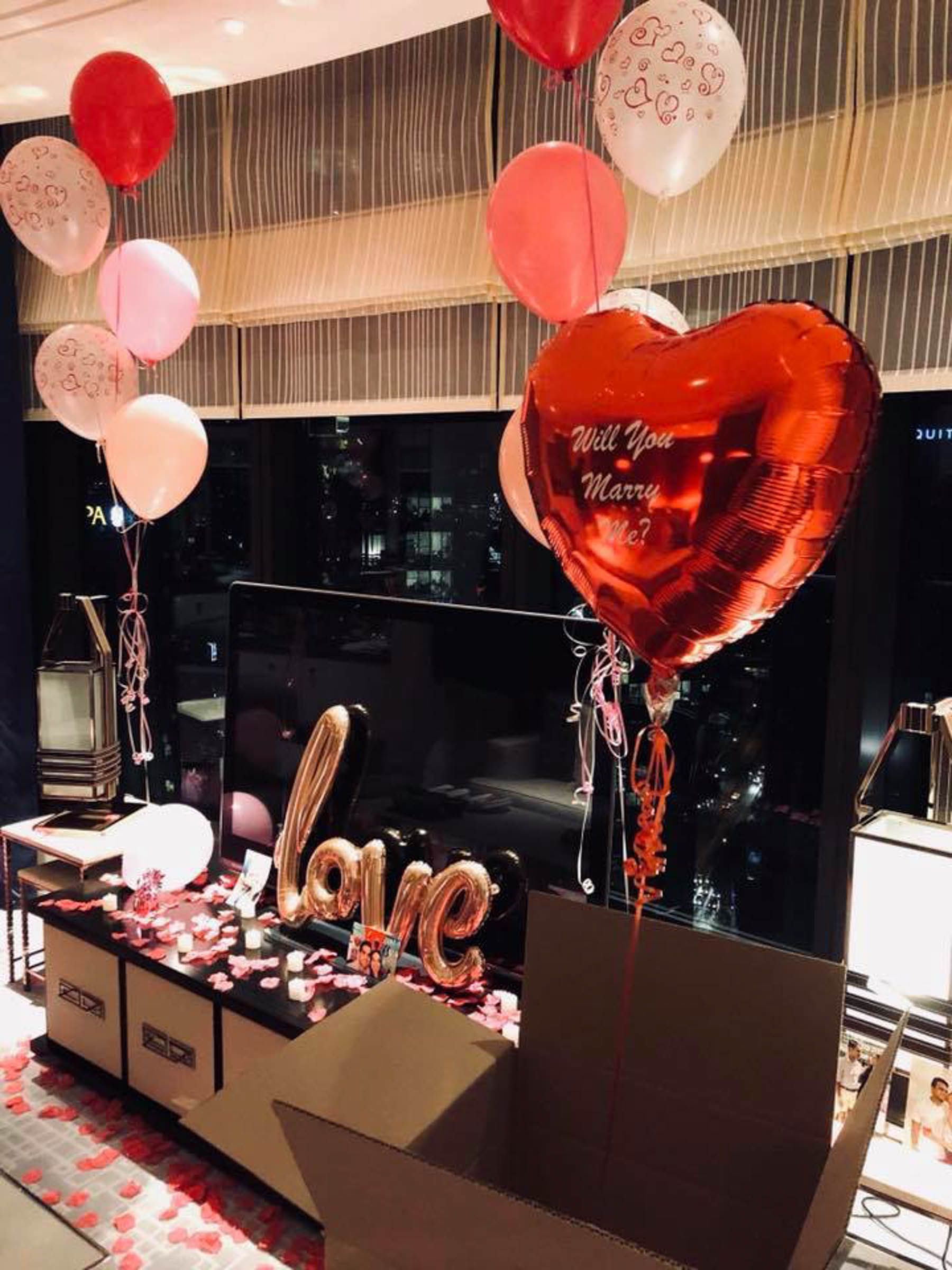 Natasha and Chinmay’s romantic winter proposal at Crown Towers Melbourne could not have been made possible without the help of the decorators at Unforgettable Proposals.

Of course, she said yes and as they say, the rest is history.

Natasha didn’t think that their engagement would take place this early on in their relationship. 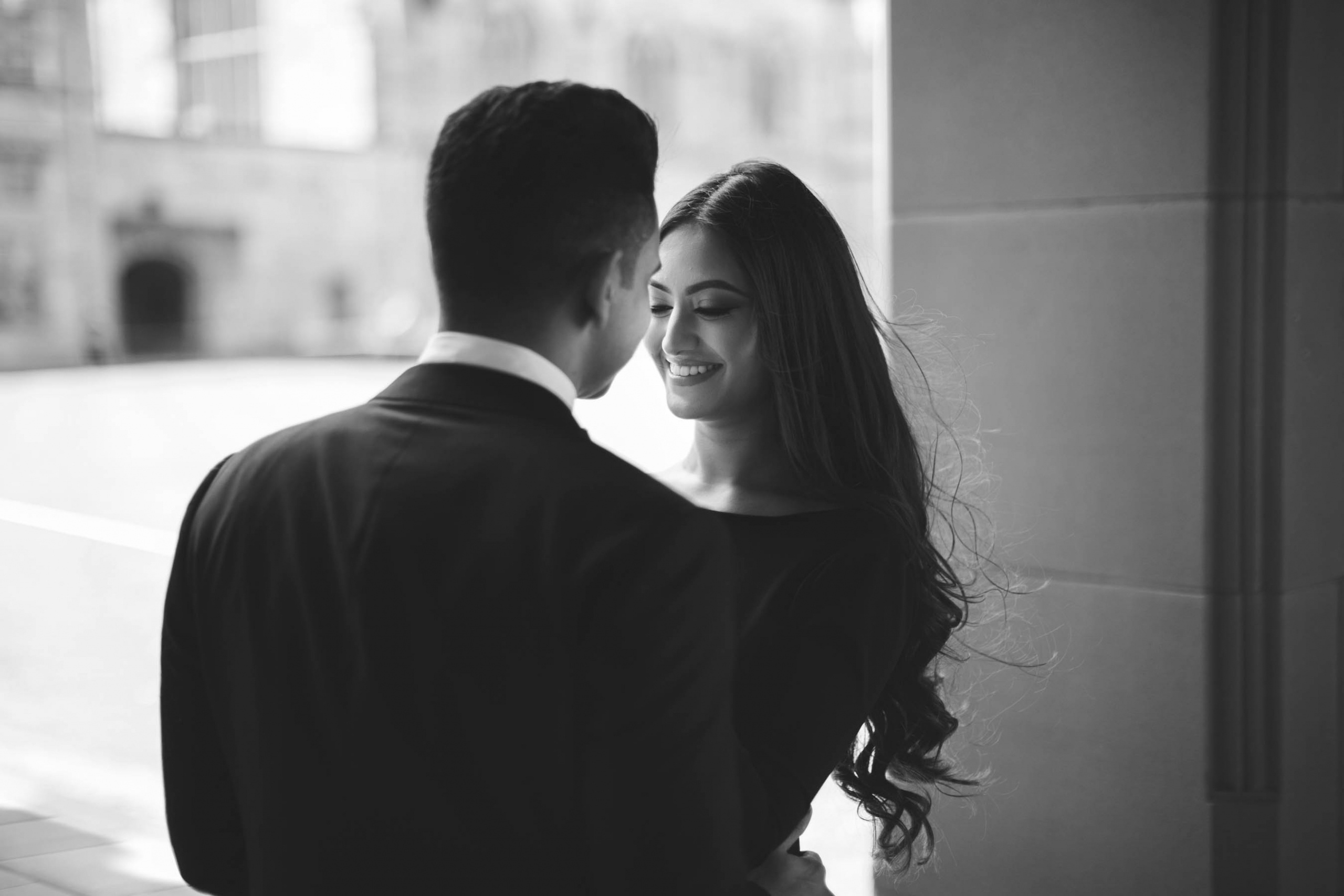 “We had spoken about getting engaged later that year or early in 2019, but I didn’t expect it to take place earlier. I didn’t even think that Chinmay had thought about the ring at this point.

I often wondered about when he would propose. But this exceeded anything I could even imagine.”

The couple are set to be married in September 2020 in Sydney.

“We took our time to enjoy engaged life. I know I will always look back and cherish the last two years. Best years so far!”

“I had visited Tiffany And Co just for fun with a friend back in early 2018.

Also, a week before the proposal, another friend took me to have a look at some rings. She told me she was going to tell my boyfriend my ring size, just to mess with me and throw me off any hint that he might propose.

Little did I know that Chinmay had acted early and had the ring designed in June of the same year.”

Chinmay proposed to Natasha with a stunning princess cut diamond engagement ring. He gauged the size of the ring with the help of Natasha’s twin sister.

“The ring was purchased from White Flash, a jeweller based in Texas. The ring features a Princess Cut diamond and a hidden halo, as well as diamonds along the band.” 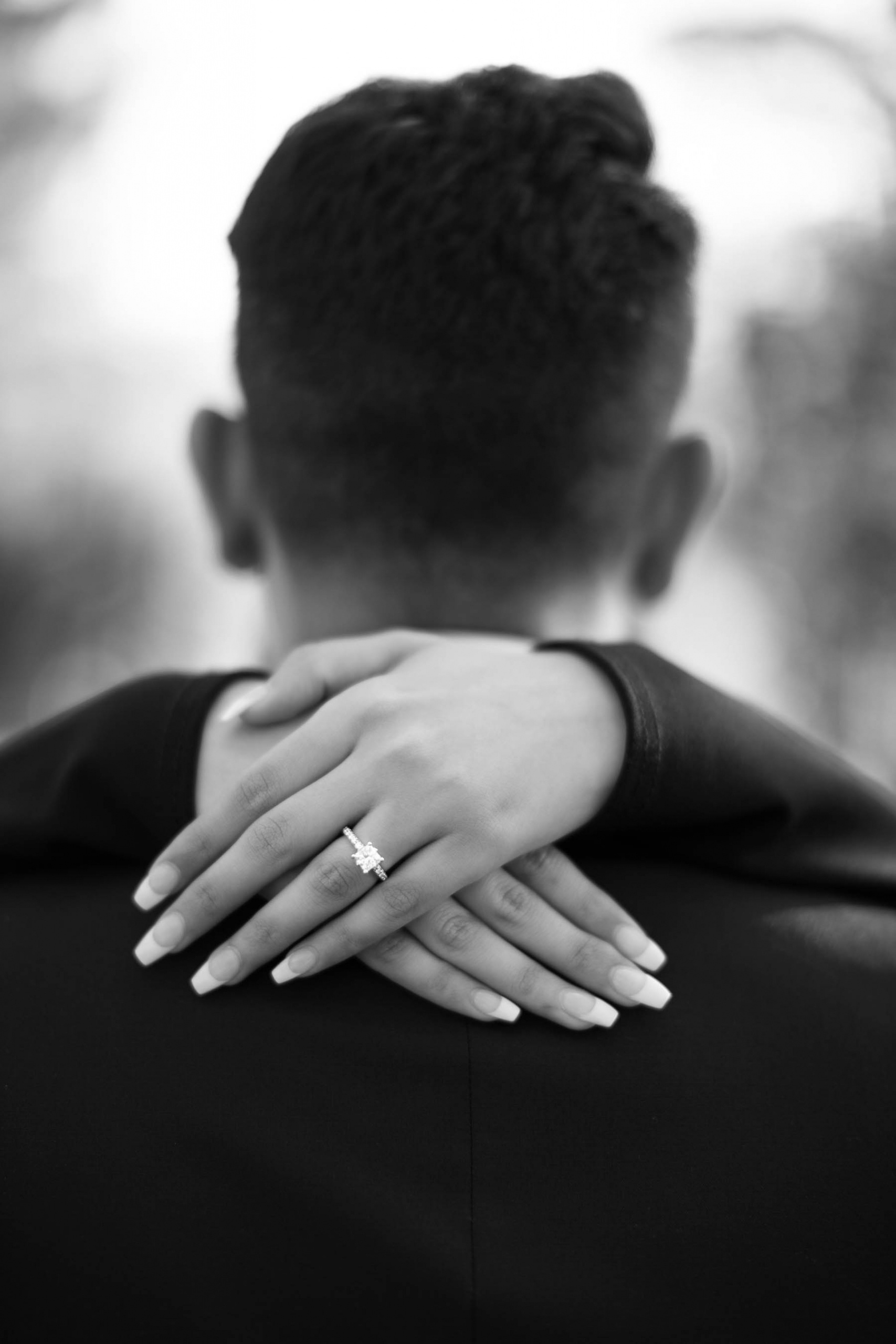 I can’t believe it has taken us this long to feature a proposal story, but if you’d like to see more, let us know in the comments below!

Once again, thank you to bride, Natasha for sharing all the deets of your romantic winter proposal at Crown Towers Melbourne. 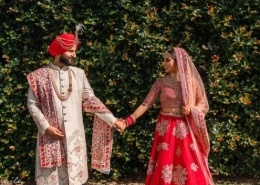 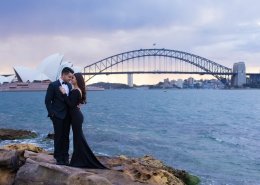 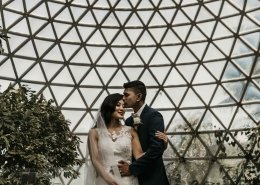 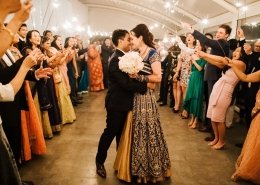