Last week we launched part 1 of our Bollywood wedding song playlist and it was a resounding success! Pleased to inform you that we are now onto our second instalment which is our mehndi songs special.

The mehndi function is so much fun for many reasons. Much like a bridal shower, the intimate celebration takes place in the presence of the women of the family and close girlfriends. It’s a time to come together for a night of song, dance and the all important mehndi applying.

Whilst performances are not compulsory, they do form an integral part of a mehndi ceremony. Often your aunties will break out into a traditional number, but if you want to totally avoid this all together, get your playlist ready (hint.. hint) and stream them full blast on the stereo.

Today we are sharing some of our favourite classics from the nineties and noughties as well as a couple of mainstream pop hits that never grow old. There are also a couple of surprises in there!

Once again, we have a countdown of 10 favourites below and the full playlist is available to view over on our YouTube channel. Subscribe to keep an eye out for daily updates maharanis!

I bet you knew this one was coming! One of the best Bollywood mehndi songs in our opinion. AR Rahman’s beautiful composition talks of the beauty and significance of the mehndi ritual. Singer, Alka Yagnik’s sweet and soulful voice will compel you to listen and take in every line.. “Mehndi hai rachnewaali, haathon mein gehri laali.. kahe sakhiyaan, ab kaliyaan – Henna paste is going to be applied, it will stain my hands red. My friends say, now flower buds.” This tune is timeless and is the perfect introduction to your mehndi party song list.

Another no brainer really. The quintessential mehndi song, it’s on the top of every bride’s mehndi song playlist, not only for the fact that it featured the lovable duo, SRK and Kajol, but it’s a full out dance number. No men at the party? No worries! Grab your maharani squad and start belting out the lyrics.. “Mehndi laga ke rakhna, doli saja ke rakhna – Keep your henna on, keep the wedding palanquin decorated.”

What a fun wedding number! Simply put, the Punjabi lyrics talk of the transition from singleton to married material. We have no idea when it comes to Punjabi translations, so we kind of had to look this up.. “Loudspeaker te, Madonna vajdi ho laike virgin.. aithe utthe kehndi, arey phel karde, kabootar vargi, o nemma phir di, gootar goo kardi – On the loudspeaker, Madonna’s ‘Like A Virgin’ is playing, and the lyrics are provocative, you see lots of pigeons around and then you roam around chattering like a pigeon..” LOL!

Now this song captured the hearts and attention of many brides when it released all those years ago (was it 1989?). Sridevi’s amazing dancing was out of this world and so was the tune. While it may be slightly difficult to wear bangles for this song as your hands will be full of mehndi paste, doesn’t mean you can’t break out into some epic dance moves right? We say, play this at the beginning when your feet are nice and dry!

This pop song, sung by Anuradha Paudwal, was a chartbuster back in the days and you would find this song on all wedding related CDs at the good old CD store. Remember those? Accompanying the song was this sweet video clip which made us feel nostalgic all over again. Sigh..

Another stunning dance number for you and your maharanis. It’s kind of like a send-off song which is sung at the wedding by the bride’s friends. We did a little research about the meaning behind this beautiful AR Rahman song. So as you may know, the ‘kalsa’ (or ‘kalse’) is a religious article in Hindu tradition that’s used in almost every religious ceremony. It’s a symbol for health and prosperity. The bride is parting ways from her innocent childhood days and her family home to light the ‘diya’ (or lamp) near the Tulasi plant. Quite traditional, but it’s such a fun, light-hearted dance number for everyone involved in the mehndi party.

When it comes to nineties pop songs, nothing quite beats ‘Gud Naal Ishq Mitha.’  Whether it’s Bally Sagoo and Malkit Singh’s version or some of the newer remixed versions, here’s a song that’s on every couple’s wedding playlist. A popular tune at the sangeet or wedding day, why not play it at the mehndi party?

Ladies, it’s time to get your dancing game on because this fabulous wedding tune is going to get everyone on the dance floor. Would you believe this song is over 20 years old! It sounds like an old school tune, but in our eyes, this one is timeless. With lyrics like “Meri maa ne laga diye solaah button meri choli mein.. Mere baabul tu ab jaldi se baithaade mujhe doli mein – My mother has put sixteen buttons in my blouse.. My father, make me sit in the wedding palanquin quickly” you’ll want to play this one on repeat!

We were disappointed that we couldn’t find a clearer copy of this song over on YouTube! We’re not quite sure why Rani is singing about not wanting mehndi on her hands, but nevertheless, it is such a catchy mehndi song and Rani looks so gorgeous. The best part is that the choreography is so simple for all your girlfriends to dance along to.

Last but not least, ‘Saajan Ke Ghar Jaana’ is quite possibly one of the all time classic wedding songs. We love this song so much that aside from having it on our engagement song list, we have also decided to include it on the mehndi playlist. Who knows, we might even add it on our Bollywood sangeet list next week! A stunning pre-wedding song and if you have that one girlfriend who can mimic Sonali Bendre’s epic dance routine, even better.

There have been so many memorable Bollywood mehndi songs over the past few decades. We just couldn’t list them all, but if you want to check out our full playlist, you can do that here and don’t forget to subscribe while you’re there.

What are your favourite mehndi songs? Let us know in the comments and stay tuned for next week’s Bollywood sangeet playlist! 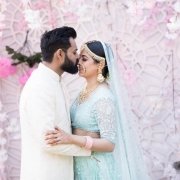 Indian Film Festival of Melbourne 2015 – Equality in Cinema and Fashion